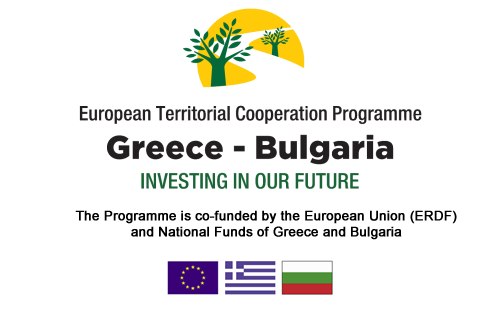 European Territorial Cooperation Programme Greece-Bulgaria 2007-2013 sets the framework for European territorial cross-border cooperation between Greece and Bulgaria. The program aims to promote cross-border cooperation by bringing together the different actors of the cross border region and enhance regional development and its transformation into a center for sustainable development and expansion of the European Economic Area in the Balkans, Black Sea and Eastern Mediterranean area.

Operational Programme Territorial CBC Greece – Bulgaria 2007-2013 focuses on strengthening networking and cooperation in the field of border security, natural resources management, business and research networks, to find effective solutions for seamless communication through modern infrastructure. It also seeks to promote balanced, harmonious and sustainable development of border area, while reducing the economic and social imbalances occurring in underdeveloped countries and regions and accelerate their economic and social restructuring. In this context, the program will support the development and implementation of joint projects / activities in the border area.

This Operational Programme for the European territorial cross-border cooperation is the first covering the Greek-Bulgarian border region as an internal EU border as a result of Bulgaria’s accession to the EU in January 2007 proposed strategy is consistent and effective response to identified needs, obstacles and weaknesses zone
cooperation and strives to be a vehicle for its socio-economic sustainable development and cohesion.

The program will promote cooperation across the border by focusing on the strategic dimension of European territorial cross-border development which involves and benefits local communities.

“This document was created within the project “Bulgarian-Greek partnership through support services and solutions to promote open regional team” (Bulgarian-Greek Partnership by Assistance, Services, Solutions to Promote Open Regions Team / Bulgarian-Greek PASSPORT), funded program of the European Territorial cooperation Programme Greece-Bulgaria 2007-2013 contract, grant № B1.32.03/14.03.2011, the co-financed by the European Union through the European regional Development Fund and national funds of Greece and Bulgaria. The sole responsibility for the content of the document lies with the RMA “Maritza” and under no circumstances can be considered that this document reflects the official opinion of the European Union and the contracting authority”