Strategic planning of joint cross-border initiatives – the key to sustainable regional development in the Bulgarian-Turkish border region – this topic brought together the representatives of the local authorities in the border areas Haskovo and Edirne who participated in a joint discussion held on April 27 2012 in the town of Haskovo. The event is a part of the project “Capacity Building for strategic planning in border municipalities” implemented under CBC Programme Bulgaria-Turkey, funded by IPA. Regional Municipalities Association “Maritza” in Haskovo organized the bilateral meeting acting as a partner of the Association of Municipalities “Meric,” Turkey in the project.

The meeting was opened and led by Ms. Rayna Yovcheva, Executive Director of RMA “Maritza” Haskovo. She expressed her satisfaction with the successful implementation of the project and thanked the Turkish partners for the common well done collaboration. The Turkish side, representing the Association of Municipalities Meric expressed confidence that the two organizations will continue to cooperate in the future effectively and contribute to the implementation of European policies at local and regional level. The participants analyzed not only the positive aspects of the joint cross-border projects, but discussed the risks and difficulties that the project teams and local administrations faced during implementation.

Representatives of local authorities from both sides agreed on the idea that strategic planning, clear and fixed priorities in development plans and effective cross-border cooperation is a successful formula for improving the socio-economic development and for promoting social cohesion of the people and communities which is actually the main objective of the CBC Programme.

Within a few days the Turkish city of Edirne hosted two joint Bulgarian-Turkish forum attended by representatives of local administrations in the two border regions Haskovo and Edirne. Participants from Bulgarian and Turkish municipalities had the opportunity to improve their knowledge and skills through the organized training on “Strategic planning for municipal experts”, held on 24 and 25 April 2012. Representatives of the local authorities in the border region also discussed and identified solutions to common problems during the Regional Conference of Municipalities that took place on April 26th 2012.

The leaders of the two partner organizations Rayna Yovcheva and Ennis Isbilen briefly presented the project objectives and expected results and once again shared their mutual satisfaction with the successful implementation of joint initiatives.

Participants in the thematic discussion modules expressed goodwill and desire to be active participants in cross-border processes and efforts for the development of cross-border economic and social activities, and to develop joint mechanisms for the protection of the environment. Searching for solutions to solve similar problems became a common challenge, priority in joint bilateral relations to local authorities on both sides of the Bulgarian-Turkish border.

The cross-border area between the two countries is a common territory and logically the two communities might have a common strategy for sustainable development and improvement of the quality of life of people requiring joint solutions to identical problems defined by both sides. This statement brought together the participants in the information seminar “Joint mechanisms for preventing and addressing environmental problems in the Bulgarian-Turkish border region” which was held in the period 18-19 January 2012 in Haskovo. 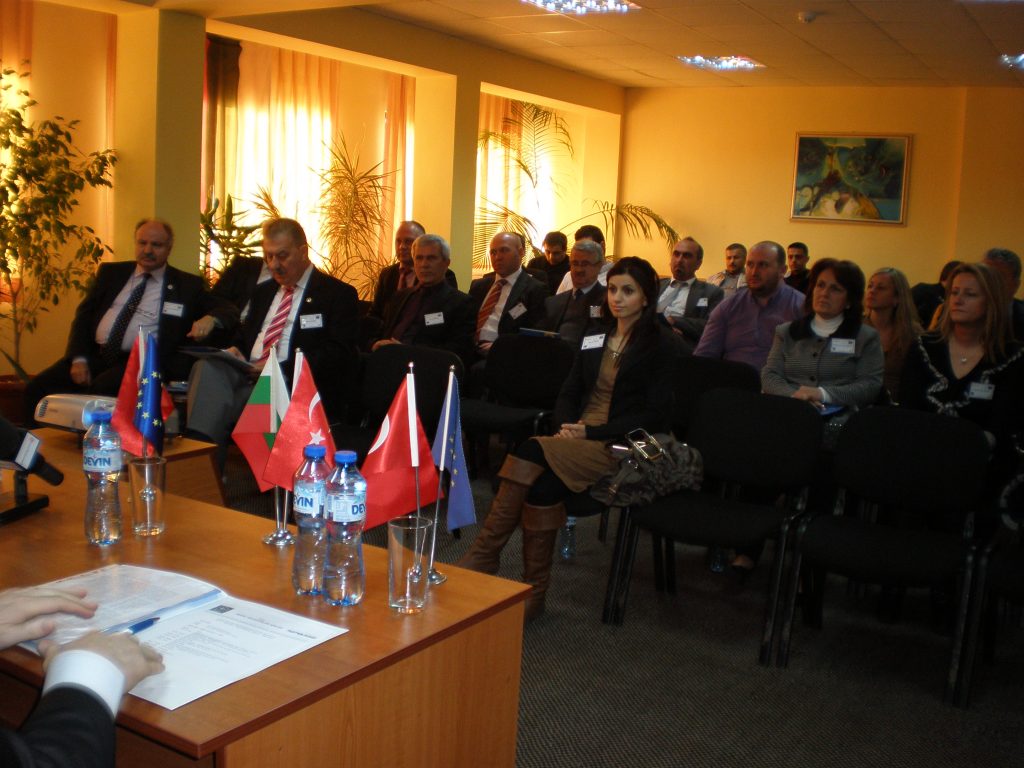 50 Bulgarian and Turkish experts in the field of ecology together outlined the mechanisms for capacity building, sharing of resources and knowledge of best practices, which can be beneficial for effective environmental management on both sides of the border.

“This meeting is a clear sign that environmental issues and protection of environment in the long term is very important following sensible and responsible strategic planning. We must do everything we can – in words, actions and behave responsibly to protect the environment and implement effective measures in the field of ecology. “- This opinion united the participants in the project, which runs until April, 2012.

On 29 November 2011 Uzunkopryu, Turkey hosted an information seminar for managers of municipalities of Haskovo and Edirne – partners in the project “Capacity Building for strategic planning in border municipalities” on CBC Programme Bulgaria Turkey. 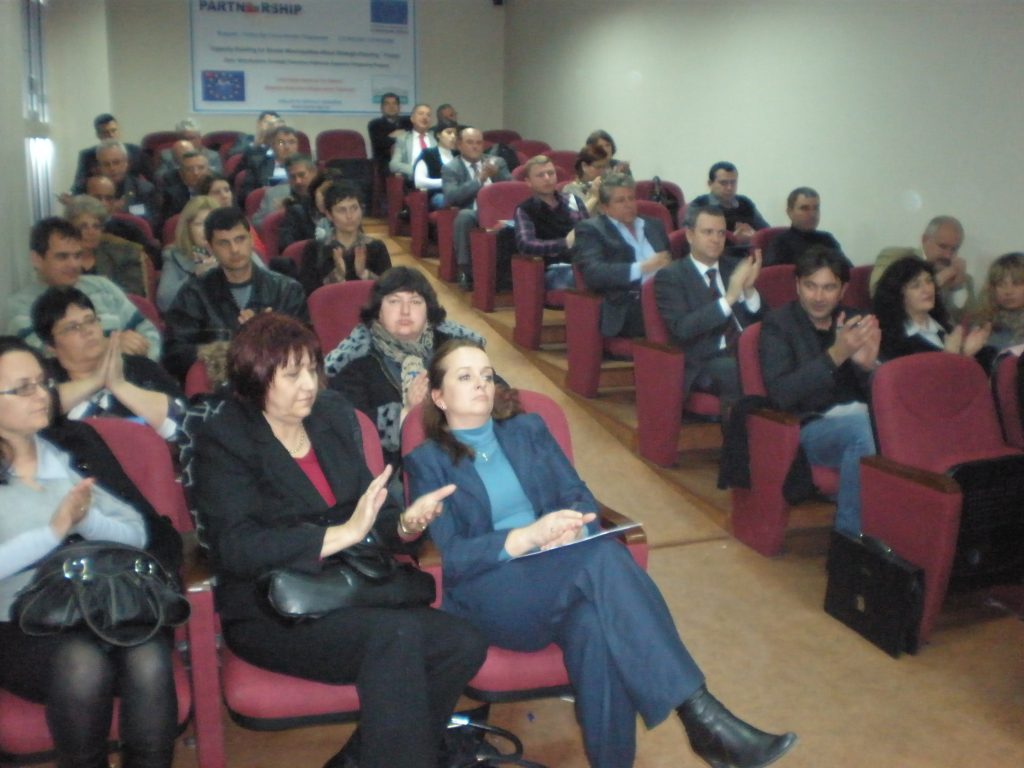 The Mayor of Uzunkopryu Mr. Ennis Isbilen and also the Chairperson of the Association of Municipalities “Meric” which is the lead partner on the project, welcomed the participants and wished fruitful cooperation and effective results from the implementation of the joint idea.

Ms. Rayna Yovcheva, Executive Director of RMA “Maritza” emphasized the importance of strategic planning in regional development and welcomed the progress in the implementation of activities. “This kind of partnership and exchange of best practices are important for the management of a municipality and I am sure that after the project local authorities in the border region will improve services provided to the public and will have clear future priorities, which will be implemented within the framework of this kind of cooperation programs in the future. ” 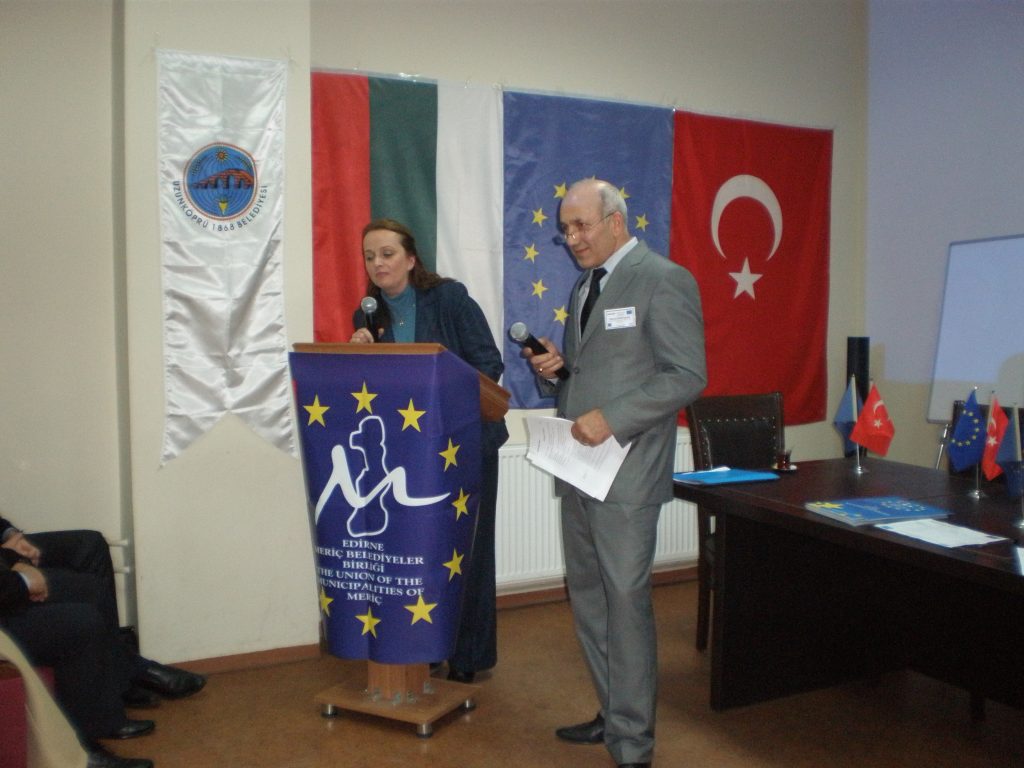 Objectives, activities and expected results of the project “Capacity Building for strategic planning in border municipalities” were presented to the participants of by the project coordinator Ogyuz Demir.

The theme of the joint discussion, “Environmental problems and common solutions in the border region” turned out to be quite interesting for the participants who commented on their ideas for solving common problems in this area.

“This document is created within the project” Capacity building for strategic planning in border municipalities”, funded by the CBC (IPA) Bulgaria – Turkey Programme, (CCI number 2007CB16IPO008) The entire responsibility for the contents of the document rests with RMA” the Maritza “and under no circumstances it can be considered that this document reflects the official position of the European Union and the contracting authority.”