Development of electronic and printed materials to ensure publicity

Within the project “AGRO_LESS”, funded by the European Territorial Cooperation Programme Greece-Bulgaria 2007-2013, subsidy contract № B3.11.02 the following electronic and printed materials were made:

– Design, layout and printing of 1,000 brochures for Haskovo and Kardzhali regions;

– Design, layout and printing of 300 posters for Haskovo and Kardzhali regions;

The brochures and posters will be distributed among the project partners in the forthcoming final meeting in Krumovgrad scheduled for November 26, 2015.

The information clip for Haskovo and Kardzhali regions was aired between 3 to 24 October 2015 in eTV program that covers both areas.

Agrochemical analysis of soil in the region of Haskovo. Map of soil. Analysis of the potential for development of areas with reduced income from agriculture in recent years

Within the project “AGRO_LESS”, funded by the European Territorial Cooperation Programme Greece-Bulgaria 2007-2013, Subsidy contract № B3.11.02, RMA “Maritza” is engaged for the development of:

– mapping the soils of the region of Haskovo

– an analysis of the development potential of the areas in Haskovo region with reduced income from agriculture in recent years.

Here we present a summary of the implemented activities.

Within the project “AGRO_LESS”, funded by the European Territorial Cooperation Programme Greece-Bulgaria 2007-2013, Subsidy contract № B3.11.02, RMA “Maritza” is engaged for the development of a report “Agro-environmental and economical evaluation of the benefits of project activities implemented by Lyubimets Municipality with regards to reduced input practices related to reduction in production costs for growing crops”. The aim of the report is to analyze and assess agro-environmental and economic benefits of the activities under the project “AGRO_LESS”, which are aimed at improving the environmental impact and reduce production costs for growing crops.

Here you can find an abstract of the report.

Training of farmers from Haskovo region on the project AGRO_LESS

On 26 and 27th of March, 2015 two-day training for farmers from Haskovo region was organized by Regional Municipalities Association “Maritza” under the project AGRO_LESS. During the first day of the training the characteristics of Rural Development Programme 2014-2020 were presented. 43 participants who are representatives of farms, local authorities, NGOs, local stakeholders and others attended the training. 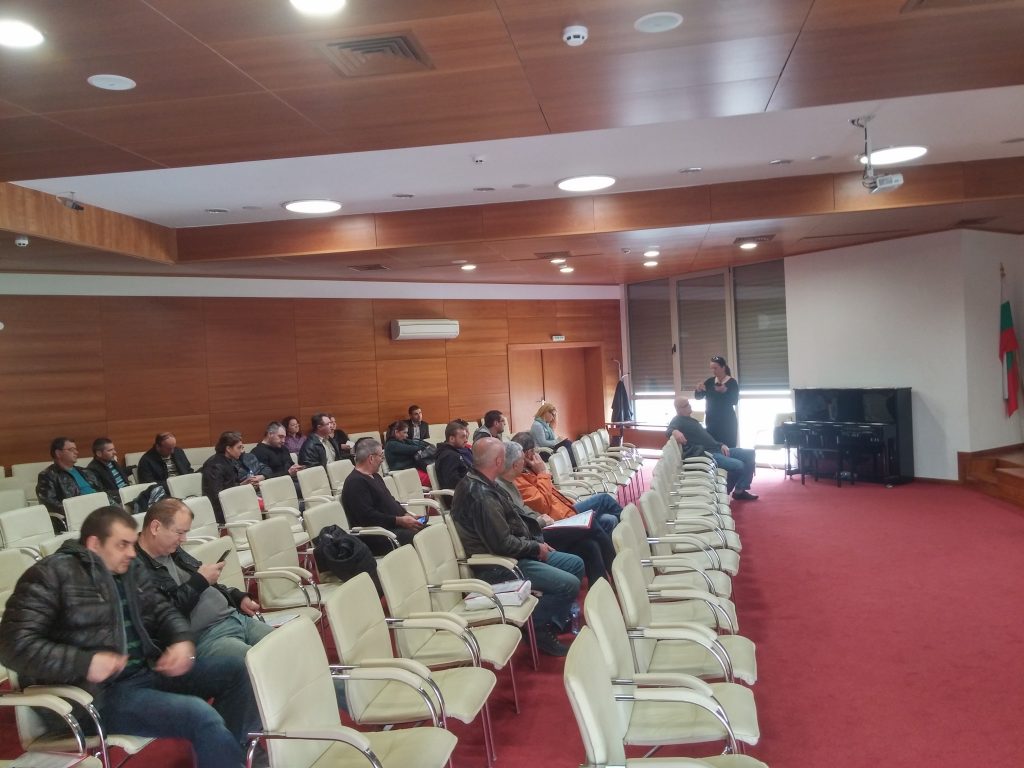 The following topics were discussed:

– Main directions and characteristics in applying for support schemes under the RDP 2014-2020. The presentation was focused on direct payments, organic farming payments under “Natura 2000”, Measure 16. Cooperation.

– Support for the establishment and operation of operational groups within the EIP for agricultural productivity and sustainability;

– Support for pilot projects and development of new products, practices, processes and technologies;

– Support for horizontal and vertical cooperation between actors in the supply chain for the construction and development of short supply chains and local markets;

– Support for activities for local promotion of the development of short supply chains and local markets, etc.

The 2nd Project meeting on the AGRO_LESS project, financed under European Territorial Cooperation Programme Greece-Bulgaria 2007-2013, took place on March 20th, 2015 in the Conference hall of Hotel Rodopi, Haskovo, Bulgaria. The event was hosted by Regional Municipalities Association “Maritza”, Partner 6 on the project. 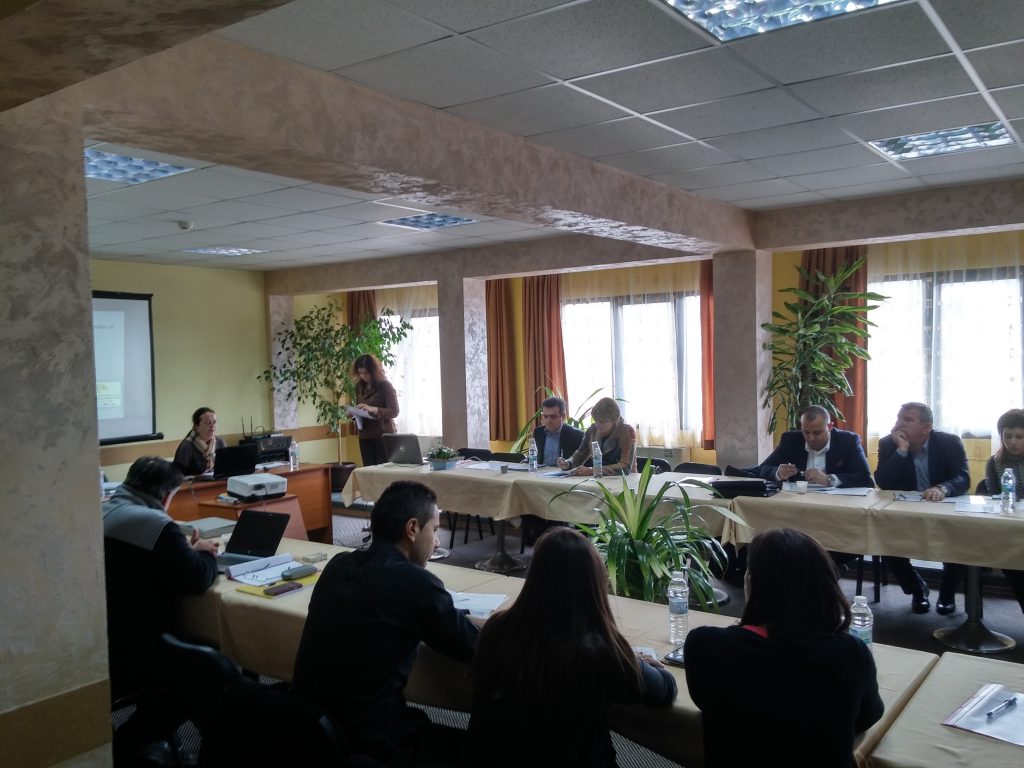 The meeting was opened by Rayna Yovcheva, the Project administrator and Executive Director of Regional Municipalities Association “Maritza”. She outlined the expectations from the meeting and presented the Deputy Governor of the Region of East Macedonia and Thrace who also attended the event. Mr. Sotiris Papadopoulos emphasized on the importance of this strategic project between the two countries as it will provide the farmers with good solutions for reduced input agriculture.

The participants discussed the project progress per each of the project deliverables and summarized the next steps that should be taken for the efficient project implementation.

On November 19, the team of Regional Municipalities Association “Maritza” visited the city of Thessaloniki, Greece, where they took part in the first meeting on the project AGRO_LESS, funded by the European Territorial Cooperation Programme Greece-Bulgaria 2007-2013.

During the meeting the following issues were discussed:

– Presentation of the partners, their activities and their progress on the project;

– Presentation of the project work packages, commitments of each partner and the specific terms.

In order to maximize the effectiveness and efficiency in the implementation of project activities and given the fact that RMA “Maritza” joined in the project as Partner 6 on a stage when the activities are already started, the team raised specific questions regarding commitments and deadlines of the organization.

“This document was created within the project “Joint reference strategies for rural activities of reduced inputs” / AGRO_LESS, funded by the European Territorial cooperation Programme Greece-Bulgaria 2007-2013, grant contract № B3.11.02, co-financed by the European Union through the European regional Development Fund and national funds of Greece and Bulgaria. The sole responsibility for the content of the document lies with the RMA “Maritza” and under no circumstances can be considered that this document reflects the official opinion of the European Union and the Contracting Authority”